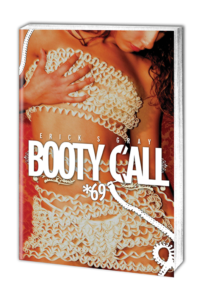 Taking urban erotica to dizzying heights and culminating in an earth-shattering climax, Erick S Gray spins a sexually charged, coming of age tale. The drama in Booty Call *69 revolves around a promiscuous young woman, Shana, who is so seductive she easily captures any man she glances at. After breaking up with the equally self-indulgent boy-toy, Jakim who is too busy hunting for additional sexual pleasures. Shana finds she’s rapidly falling for his best friend, Tyrone and ignores Jakim’s attempts at reconciliation. A man will do anything when he loves a woman and will try his best to hold on to what he thinks he needs. But does that mean he has to keep going down the road of mistrust? If you love someone set them free and if the love’s meant to be then… In a hot remix of his Booty Call debut, Erick S Gray shows how unconditional love can be and how grimy trusted friends can get in Booty Call *69.

Crave All Lose All