Crave All Lose All 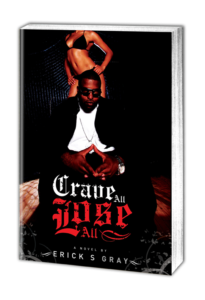 Vincent lost his job and moved in with his mother. His friend Tyriq is a big time drug dealer and willing to sponsor him into a drug cartel. Vincent is reluctant, but his baby mama is nagging and bills are piling up. Hustling is the way. But his long-time friend (and an experienced hustler) Spoon is against Vincent getting down. Vincent ignores Spoon’s advice and joins Tyriq. Vincent quickly starts stacking major figures. The never-ending gwap, expensive cars, jewelry and fast women prove addictive. What he craves could be his downfall. The higher he climbs, the more envy he encounters. Vincent is caught in a costly, ugly and vicious war. Younger soldiers are ready to kill in order to rise. Does Vincent have what it takes to succeed at this most ruthless, dirty game?